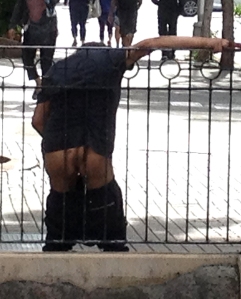 It's just not getting any better 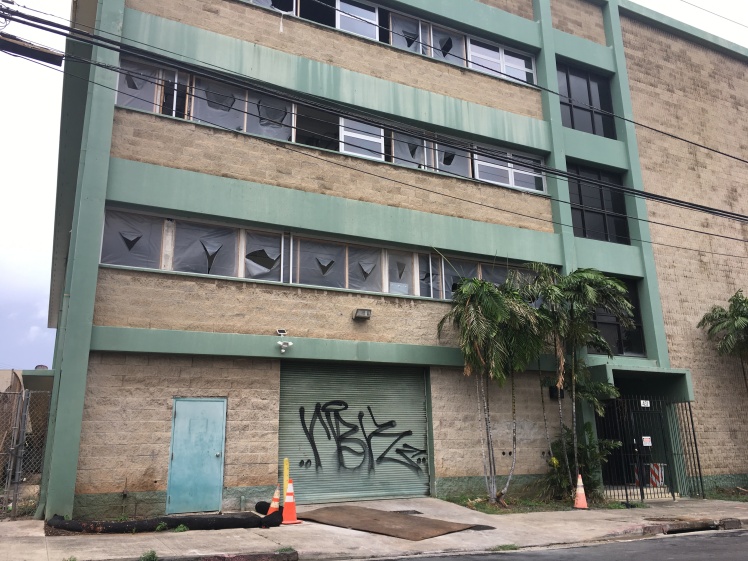 More than two years after announcing Honolulu’s $6.3 million purchase of an old industrial building in Iwilei to serve as a “state-of-the-art” homeless center, the city’s mayor still can’t give a specific date for the center’s opening.

And the clueless media STILL can’t get the basic facts straight.

Mayor Kirk Caldwell staged an obvious dog-and-pony show yesterday to announce that a small portion of the building will open soon, real soon, but he’s not sure exactly when, to serve as a “hygiene center” providing toilets, showers, laundry machines, and a bedbug zapper contraption for the street dwelling community.

That seems like great news, because people need to keep clean, sanitary, and dignified.

But the only reason to announce all this right now, just days before the Thanksgiving holiday, and without all the answers, was clearly to exploit the goodwill that so many people share at this time of year.

“As we approach Thanksgiving and we’re all grateful for what we have, we need to take care of those who don’t have very much,” the mayor intoned while wearing a hard hat and surrounded by various official types wearing hard hats that inexplicably advertised HART, the city’s rail transit agency.  “And that is part of our aloha spirit, it’s part of how we live on this incredible island, but also in the state of Hawaii.”

Presumably, everyone has now been shamed into accepting whatever he says and not asking any pertinent questions.

Because he never got around to announcing just when the place is actually opening.  Or why it has been delayed so long.  Or why it is costing so much.  Or who is going to run the rest of the center.   Or how much that is going to cost.  Or when a decision is going to be made.  Or how strictly conditions will be monitored around the center to make sure the neighborhood doesn’t turn into a filthy mess with street dwellers hanging around all over the place, like the area around the nearby IHS shelter.

As far as the rest of the building, which apparently is supposed to feature a medical and mental health clinic and some transitional housing — it’s hard to know for sure because the details seem to keep changing — well, that’s supposed to be ready BY THE END OF NEXT YEAR.

At some point.  Someday.  They’re not really sure when.  Or at least they’re not volunteering that information and nobody seems to be pressing them for details.

But speaking of details, some of the most important ones seem to completely elude the media “watchdogs,” a couple of whom just directly contradicted each other.

Astute observers will recall that the good mayor announced more than two years ago, during the heat of his panicky re-election campaign, that the city purchased the Iwilei building for $6.3 million.

It later turned out that refurbishing the place would cost an additional $10 million, which the mayor had somehow neglected to mention.

At least that appears to be the most reasonable interpretation of all this.

But it’s kind of hard to tell.  The newspaper reports today in a typical fawning and uncritical example of passive stenography that the cost of the entire project — buying the building and setting it up — “is expected to to come in around $10 million.”

But a sign posted a while back on the front of the building said that the remodeling work alone would cost more than $10 million. 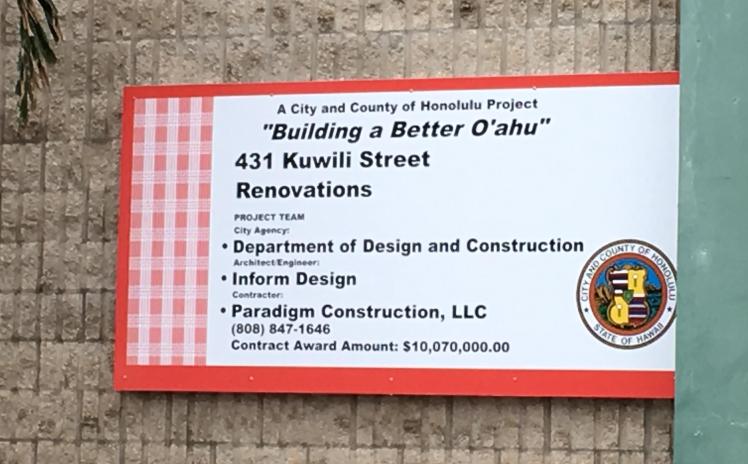 And that’s what a TV station reported last night:  “The city bought the building back in 2016 for $6.3 million and construction alone will cost about $10 million.”

But another TV station reported that “The city paid $6 million for the building and will spend another $4 million to renovate it.”

And yet another station wins the Clueless in Honolulu award for announcing that “The building is on Kuwili Street, and it cost about $6.3 million to build,” despite the fact that the building was constructed decades ago and was obviously standing when the city bought it more than two years ago.

Other media outlets just blew the whole thing off and didn’t even mention it at all.

There were a few more twisted or omitted details.  The newspaper reported that a contractor “has a $1 million contract with the city to offer services, with an option to extend the contract for four additional years.”  It’s a little hard to tell, but that sounds like the contractor, Mental Health Kokua, will run the hygiene center portion of the center at a cost of $1 million for the first year, and could continue for up to four more years at an unspecified cost.

The first TV station didn’t bother to mention any operating costs, but gushed that the place would be “the largest hygiene center of its kind in the nation.”

That’s a little hard to believe.  And the newspaper put it another way:  the building “will offer more services than anywhere else in the country,” according to a city councilman.

That also sounds pretty fishy, and one would expect news outlets to verify these kind of claims and get them straight.

But one would obviously be wrong.